Galaganatha Temple, Pattadakal, Karnataka
Galaganatha Temple is a Hindu Temple dedicated to Lord Shiva located in Pattadakal in Bagalkot District of Karnataka, India. This temple is part of Pattadakal Group of Monuments, an UNESCO World Heritage Site. The Temple complex is located on the west bank of the Malaprabha River. The Galaganatha temple lies to the east of the Jambulingeshwara Temple and to the north of Virupaksha Temple. The Temple is estimated to be from mid-8th century. The monument is a protected site under Indian law and is managed by the Archaeological Survey of India (ASI). 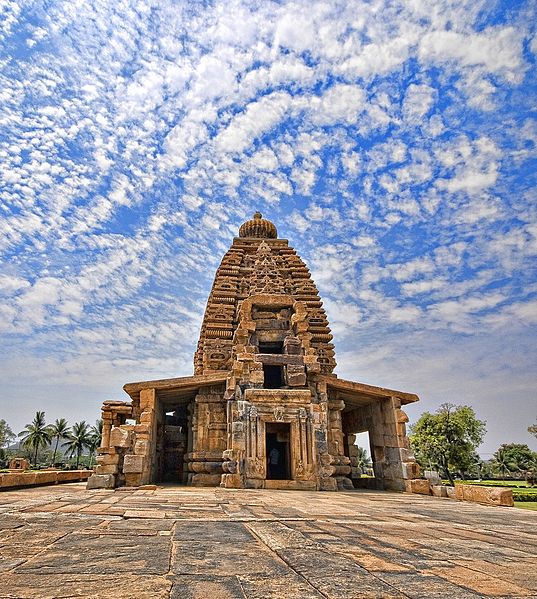 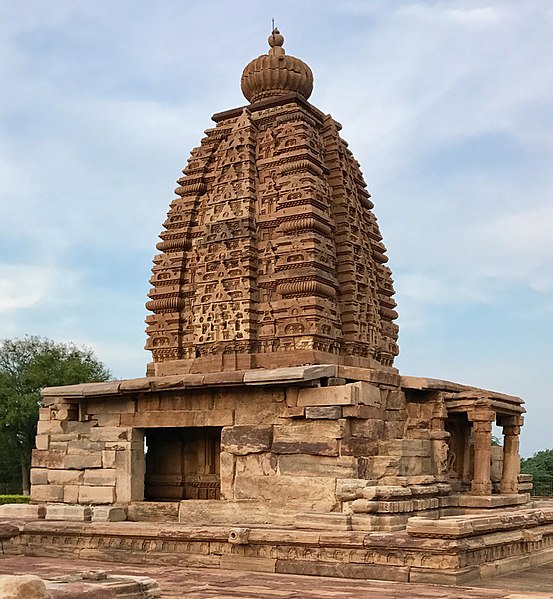 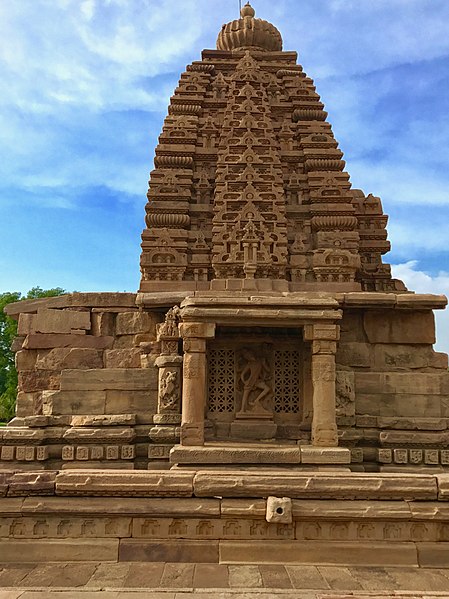 History
For brief details, please refer below link;
https://hindutemples-india.blogspot.com/2019/01/pattadakal-group-of-monuments-history.html
The Temple
The temple is a northern Rekha-Nagara style with a Linga, and a vestibule (antarala) within the temple sanctum (garbha griha). Outside the temple is a seated Nandi that faces the sanctum. The exterior sanctum walls are embellished with niches or devakostas that were produced by well-designed pilasters.  The sanctum has a covered circumambulatory path (pradakshina patha), indicating that this Hindu tradition was well established by 7th to 8th century. 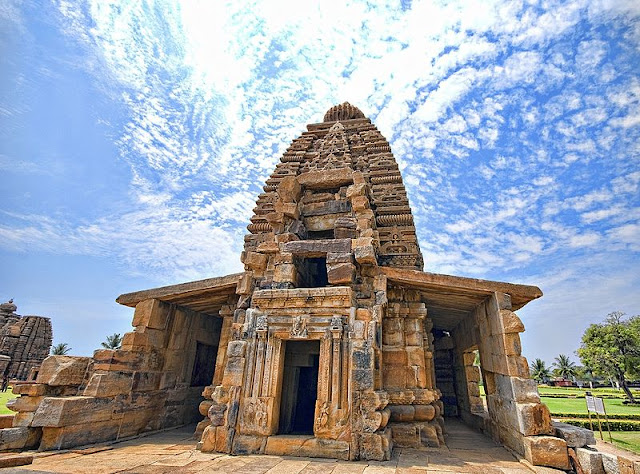 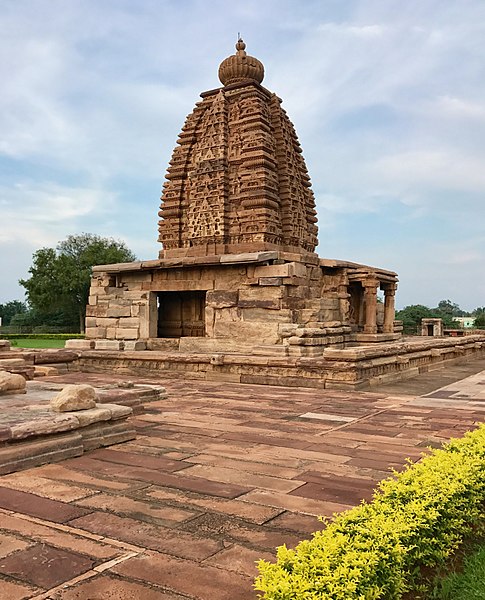 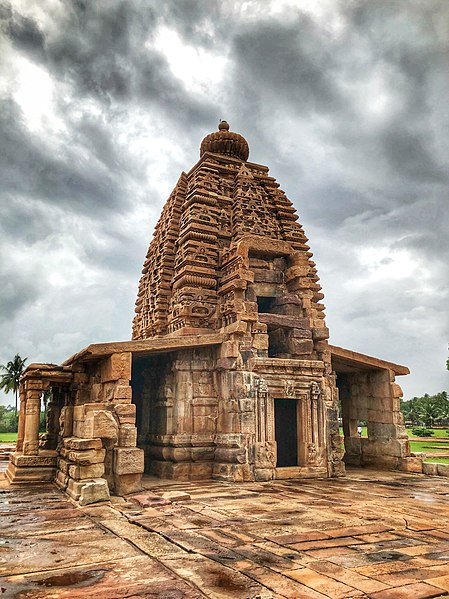 The pradakshinapatha (passage for circumambulation) is closed on three sides but the large open space atop the plinth in front of the temple suggests the regrettable loss of the mandapa to the ravages of time. Various mandapas exist in this temple, such as a social or community hall (sabha mandapa), used for ceremonial functions, and a mukha mandapa, of which only the foundation remains. 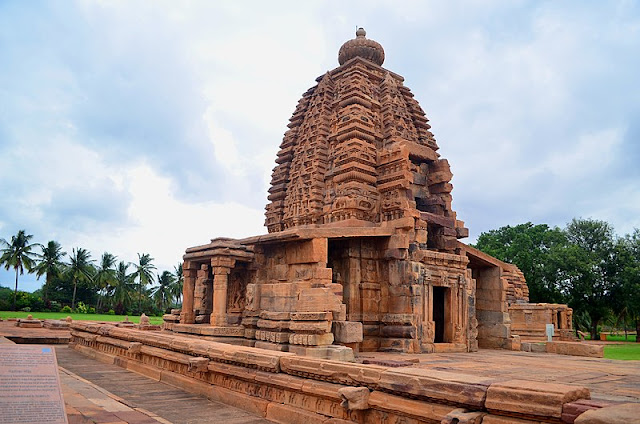 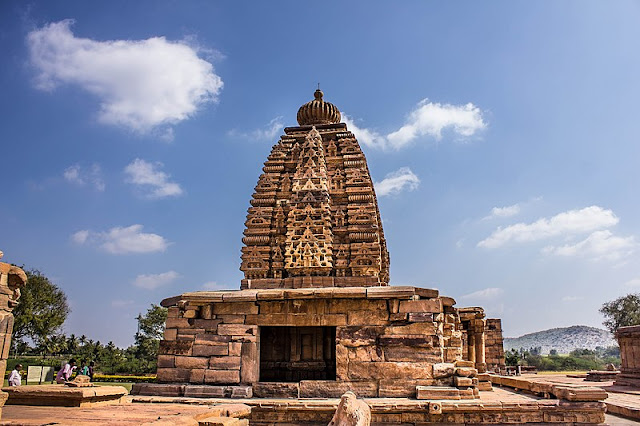 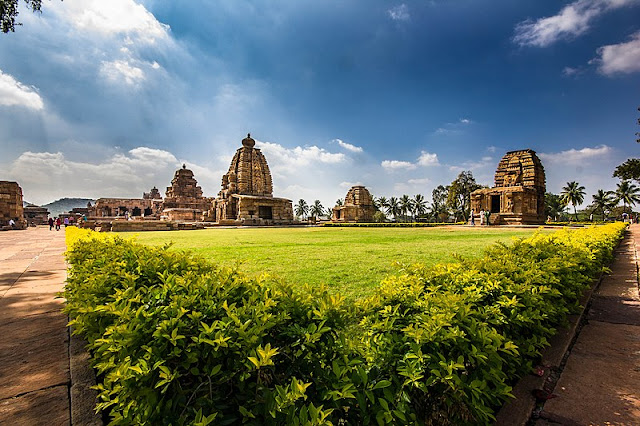 The entrance to the mandapa is flanked by the river goddesses Ganga and Yamuna with the lintel being carved with a Nataraja. Small statues of Kubera and Gajalakshmi have been placed within Galaganatha Temple. This temple was constructed on a plinth with three mouldings that present chaitya arch motifs as well as playing dwarves. 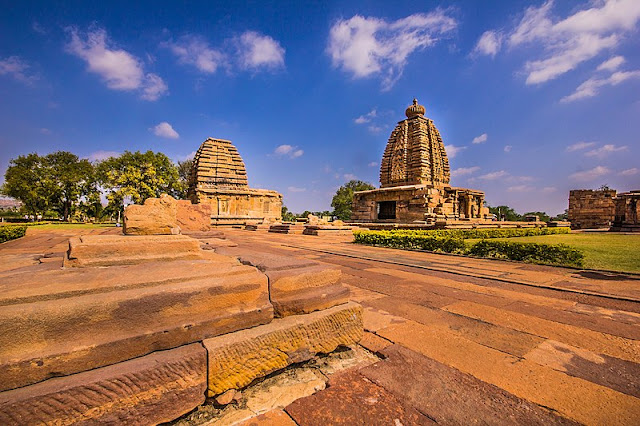 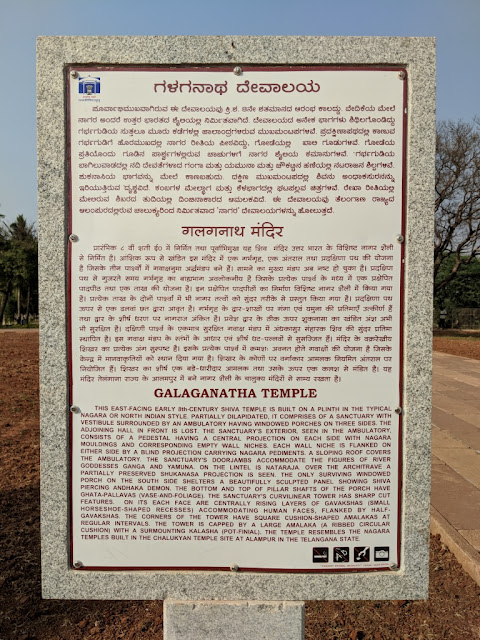 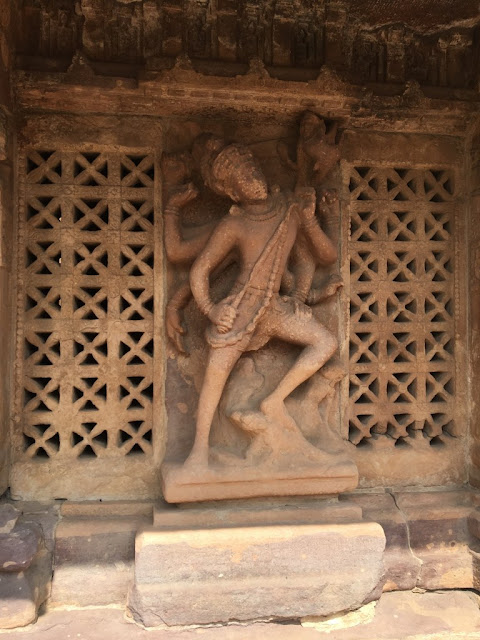 This temple possesses an exquisitely developed superstructure in the northern style as adopted by Early Chalukya architects. The Galaganatha temple is mostly in ruins, except for the southern part which contains a carved slab showing an eight-armed Shiva killing the demon Andhaka, while wearing a garland of skulls as a yajnopavita (sacred thread across the chest). 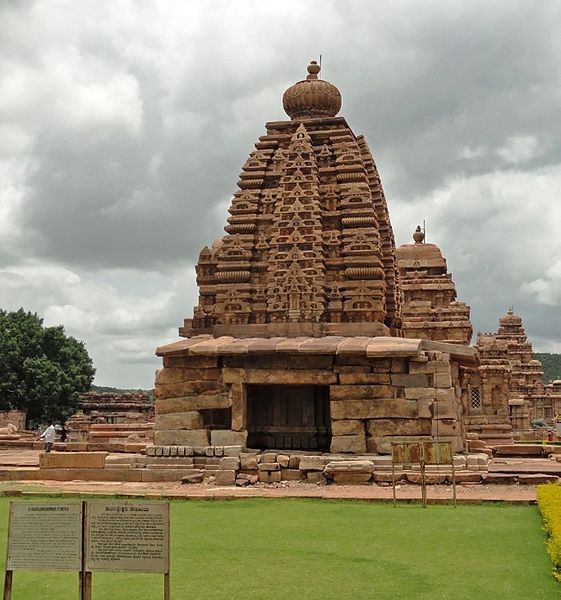 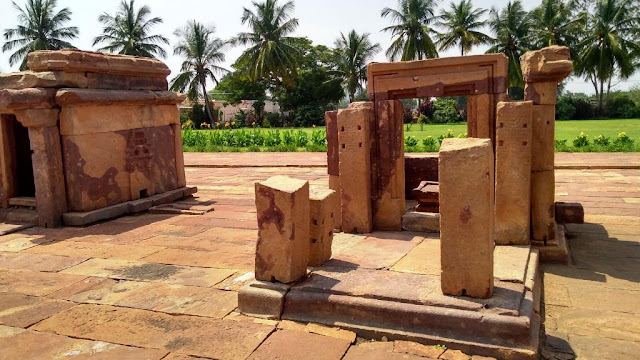 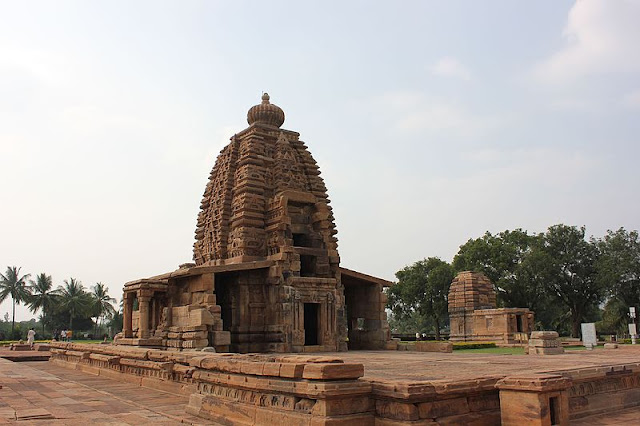 The Galaganatha temple is notable for being almost an exact copy of the Svarga Brahma temple of Alampur in Andhra Pradesh, a temple that is dated to 689 CE. Given both Alampur and Pattadakal were a part of the Badami Chalukya kingdom, an exchange of ideas is likely. The basement of the eastern moulding is notable for depicting friezes of Panchatantra fables, such as that of the mischievous monkey and the fable of two-headed bird. 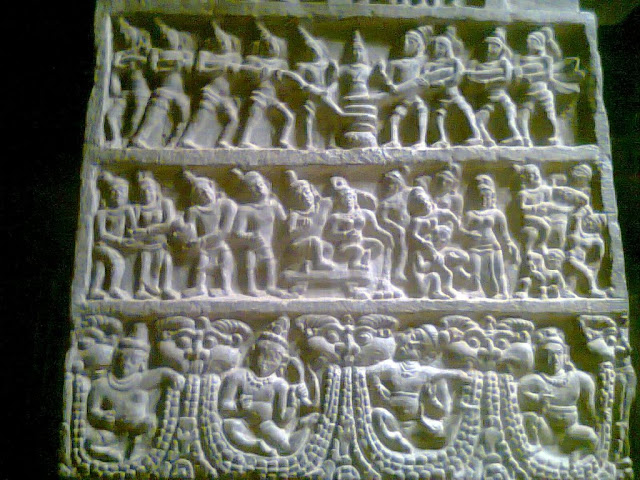 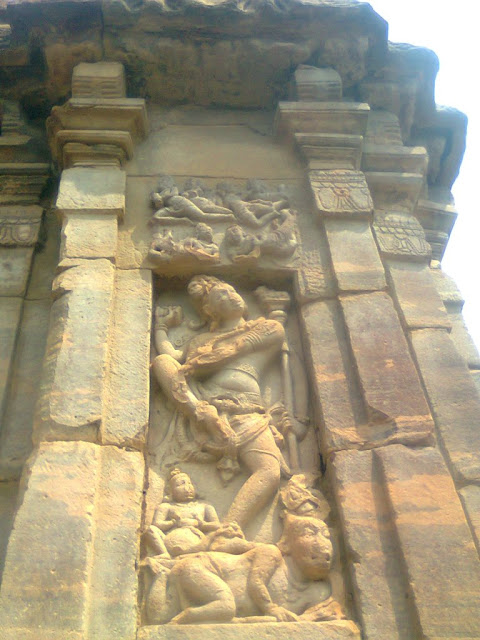 Connectivity
For brief details, please refer below link;
https://hindutemples-india.blogspot.com/2019/01/pattadakal-group-of-monuments-connectivity.html
Location
Posted by Ilamurugan at 5:09 AM